Look, at least they settled on one winner this time. It’s progress. 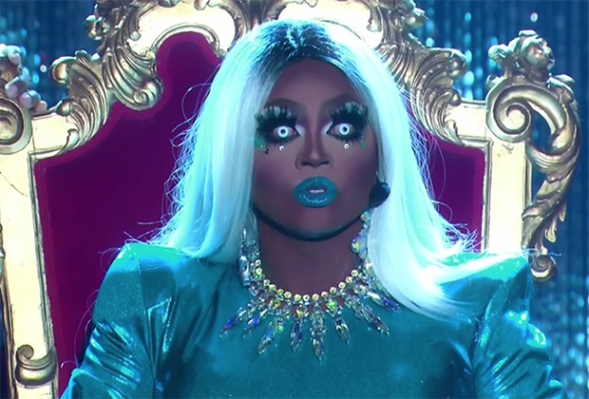 There’s a universe where Mayhem’s off-show connections, reputation, experience and under-the-radar social game allows her to float all the way to the All-Stars 5 endgame. Instead Jujubee ether’ed her in the first 20 minutes of the premiere by calling her Meh-hem Filler, she tanked the Talent Show, spent the next four weeks bumbling around debating whether to play camp follower to India Ferrah, Blair St Clair, or Alexis Mateo imagine!), and then quit in one of the most low key tap-outs in the history of all of reality tv, let alone one featuring melodramatic homosexuals in wigs. What a complete waste of a slot. 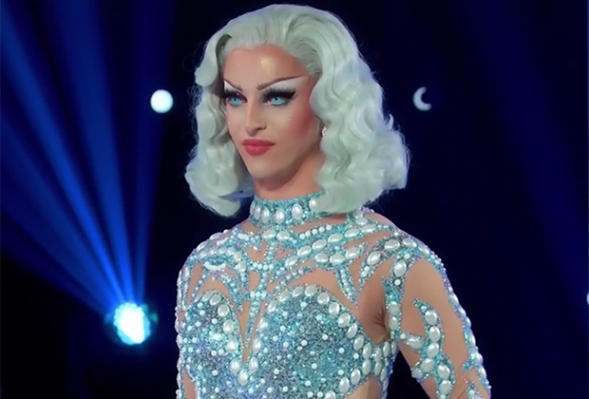 I did toy briefly with the idea of recapping this run of All-Stars, but I foresaw a whole slew of “OMG WE GET IT, YOU DON’T LIKE MIZ CRACKER!!!!” comments every single week so I decided to leave it (and believe me, I don’t regret it). Anyway, there have been enough anti-Cracker voices on the Internet that I don’t need to overdo it, but suffice it so say that no I don’t like Miz Cracker – she didn’t really deliver in any of the challenges beyond one or two funny lines in the stand-up episode, she picked pointless fights in most episodes and then complained to camera about nobody liking her, she still can’t pad herself or pick out tights that match her skin-tone, and her climactic finale lip-sync reveal of…I think it was salt falling from cone-titties (?) was incredibly underwhelming, can you imagine if she’d won after doing that, Shea wouldn’t be able to walk into any restaurant without the entire waitstaff hearing about her PTSD over it. “PLEASE REMOVE ALL CONDIMENTS FROM THE TABLES I DON’T NEED TO THINK ABOUT IT!”. Oh also, obviously the judges were all over her tail as well, in an incredibly annoying fashion, the most embarrassing thing that happened all series was Morgan McMichaels body’ing her for an entire lip-sync and then RuPaul going “hmmm…think that was a tie tbh”.

Interval for a ranking of Lip-Sync Assassin Performances

7. Kennedy Davenport : Didn’t know ANY of the words, what a legend, spent half an Untucked cheerfully implying that the judges were wrong to say Trixie beat her in the last lip-sync of All Stars 3 so she wasn’t really going to bother trying oh well, it’s just lovely to be back on tv

5. Monet X Change : Also attended, but she’s not ALYSSA EDWARDS so it was marginally less deflating

4. Roxxxy Andrews : Attended except for 10-15 seconds where she revealed she’d written some words on her bumcheeks

3. Morgan McMichaels : Only really turned it up to 11 for the parts of the lip-sync where she was clowning on Cracker, but that’s enough

2. Vanessa Vanjie Mateo : Only there because Trinity Taylor had a last minute booty-ca…I mean, family emergency, or something like that, but absolutely turned it, what a gem

1. Yvie Oddly : remember when Yvie turned up with splits, stunts, reveals and massive energy and it felt like the Lip Sync Assassin twist might not be a terrible idea, what a beautiful 90 seconds those were 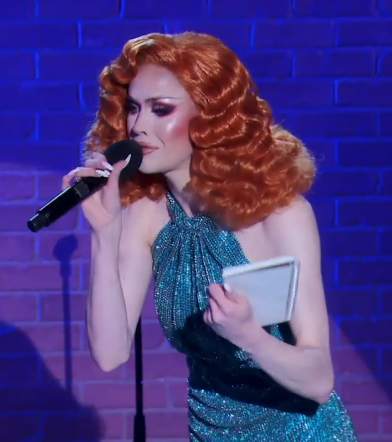 I guess the idea of inviting a bunch of early boots with potential like Blair St Clair to an All Stars series (when, let’s be honest, they weren’t All Stars, Blair didn’t even win a challenge in her original series) is that one of them does what Monique Heart did in AS4, and show that they’ve refined their act, increased their budget, smoothed off their rougher edges, and come back stronger and ready to really fight for the crown. Blair St Clair found some wet-look wigs. 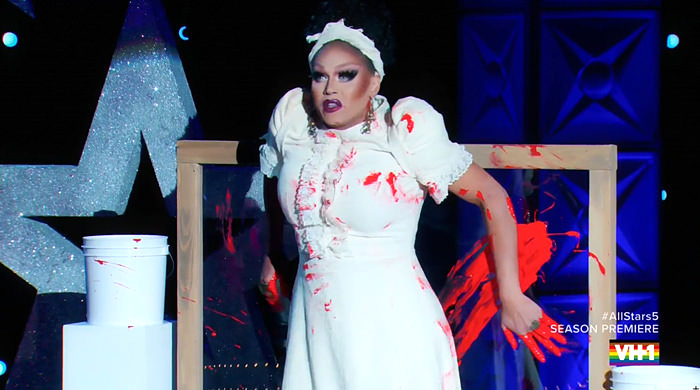 I get all of the calls to bring Mariah back – she has one of the strongest personal presences and driest wits of the entire pantheon of Drag Race and carries the aura of an entire century of ballroom history. The problem with actually bringing Mariah back is that that wit only really came out because she was bad at Drag Race challenges and incredibly funny when she was venting her frustrations over that. And so she came back, and was still bad at Drag Race challenges, and this time she was competing for confessional time with other masters of the form like Jujubee so…she got a little lost in the shuffle. 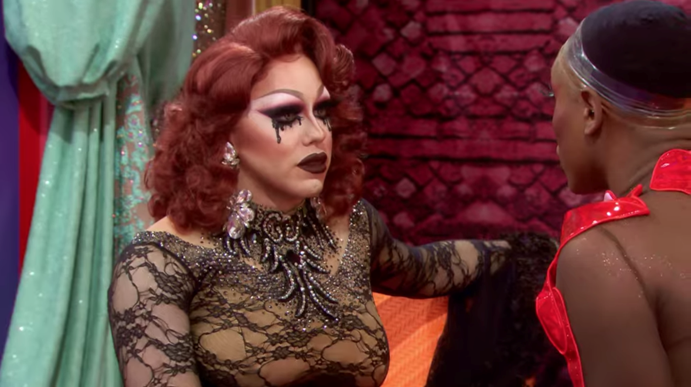 Another cast member who was asked back despite being bad at Drag Race challenges who didn’t show any discernible sign of having got better at them in the interim, but at least in India’s case she did bring a talent show act that backed up her off-show reputation as a showgirl par excellence. India also provided what will probably end up being the series one defining act of DRAMA – self-righteously spreading pointless, transparently false, rumours about Alexis in order to harpoon her game and save herself for at best one more episode. A plan that didn’t even work. Look, it didn’t involve Cracker monologue’ing, that’s enough for me. 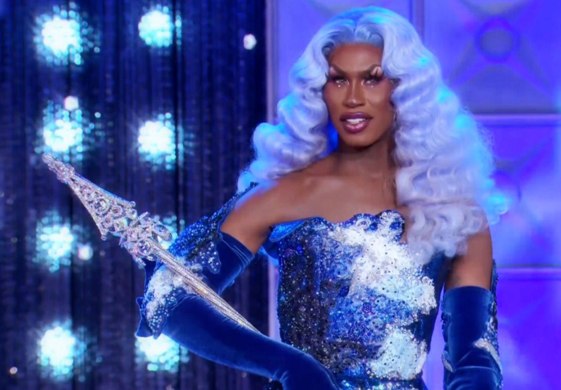 Can we talk briefly about the fact that Series 9 and 10 have now between them produced five Drag Race winners and Series 2 (now that James has transcended drag and no longer wants to be associated with it) hasn’t produced any? Anyway, Shea is another queen who I didn’t really like coming in, although I at least respect that she’s talented and has a fairly unique niche. This series she came back and was still a little self-righteous, still a little bit uptight, still a little bit…boring? Out of drag? But her Neutron Dance, her Flava Flav, and her ripping the piss out of Miz Cracker in the final lip-sync are the first memorable things an All-Stars winner has done on-series since Alaska’s Mae West impersonation, and that’s not nothing. Now let’s cast All Stars 6, in 2022 (if not later), to be an actual competition not an apology. 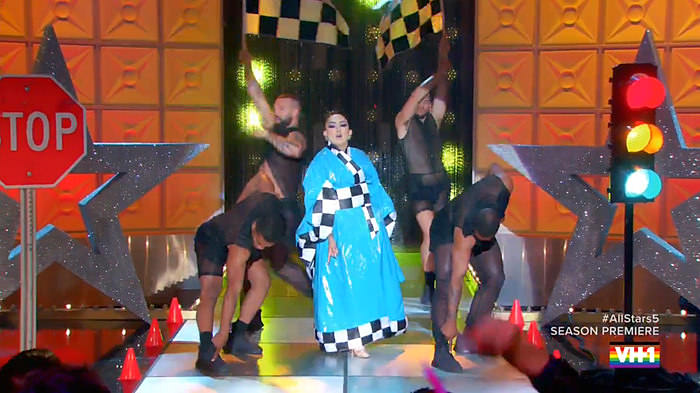 Ongina was first on Drag Race over a decade ago, with her run ending in the first ever really controversial LSFYL decision against Bebe Zaharra Benet. So that’s over a decade of people calling for Ongina to have another go, a decade of rumours that Ongina had been cast on All-Stars but had to split at the last minute for health reasons, a decade of wondering just how the original and first wuzzrobbed shock boot would fare against more modern queens. And then Ongina was finally cast on All Stars, and absolutely fell to pieces. Biffing the reading challenge, giving a performance in the talent show that looked like a Series One performance with the vaseline filter taken off, losing her voice, then quitting. It was compelling television if nothing else. Will it deter me on calling for the triumphant return of Akashia? NOT ON YOUR LIFE. 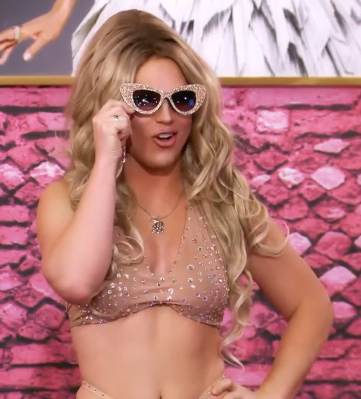 Another iconic All Stars 5 flop, Derrick’s one episode was perfect Derrick. An embarrassing entrance (the ill fitting suit! the barely-pinned wig! the “oooh I did it again!” delivered with the exact intonation of Frank Spencer), constant rambling about whether the judges do or don’t want her to be Britney, an episode long feud with India Ferrah over something she said about one of Derrick’s two boyfriends (that then turned into a series long feud on social media), a frankly BIZARRE anti-art impersonations performance, then an undignified exit. Her legacy is only further assured, may it live forever, emblazoned in cringe. 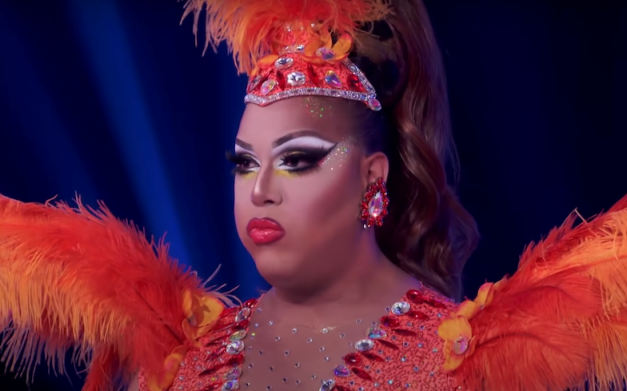 Alexis is probably the closest thing to a Naomi Small to me this year – a queen who came back for All Stars and endeared herself to me, having never really been one of my favourites before. No longer inextricably linked to Yara Sofia as a companion, enabler, and translator, Alexis was free to allow her vaguely mafioso vibe to roam around the entire workroom, constantly putting the other queens in their places (on challenge or off – that Snatch Game murdering of India was an all-timer), luxuriating in old school Puerto Rico drag aesthetic, glowering at the back of the workroom in the shadows during prep and then shoving herself right to the front as loudly as possible as soon as the challenge starts. Obviously there are still personality issues there (coming into this series as a Sherry Pie apologist…not the best look) and her drag is probably too fusty at this point to seriously tilt for the title in 2020 (you could hear all the air exit the room as soon as she barged out for the picnic challenge honking “HELLO, AM RUPAUL’S OLD HOUSEKEEPER!!!!) but Alexis finally found her place as a contestant for me this season – the true matriarch and top-tier puppetmaster of all Puerto Rico queens. Her mixed feelings about showing weakness in front of her drag daughter Vanjie? Art. 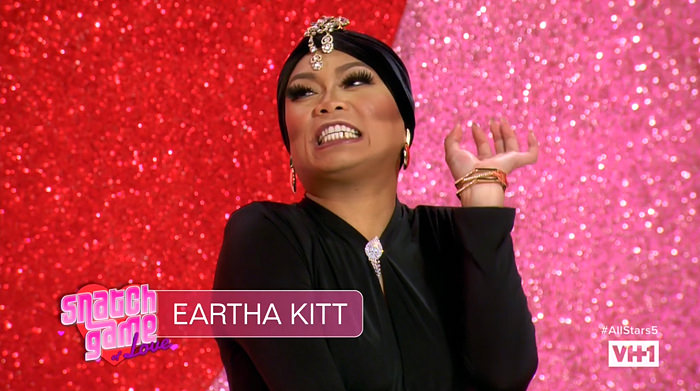 At this point, having reached the final of three separate seasons, Jujubee is officially the most seasoned Drag Race queen of all time, having competed in more episodes than any other contestant. And it shows. Other than that halting start to the stand-up set, Jujubee delivered what the show asked of her in every single challenge, usually in highly gifable format. Her highly emotive talent show ballad performance, her John Stamos verse, her jungle chic hotel suite, her Eartha Kitt, her wink wink Felicty Huffman, “I’m sorry I’m late, but I didn’t want to come”…Jujubee could do this show in her sleep, both in terms of knowng what challenges require and providing workroom fun. Please take a moment here to remember how she managed to make that Cracker/Blair fight over nothing entertaining just via reaction shots and exasperated confessionals. And in her journey to sobriety and standing on her own two feet, the show had the perfect story arc prepped to gift her the crown (certainly better than “did I mention I lost a lip-sync once?”). So why is she standing here in third place? Again? A mystery known only to RuPaul and the producers, I would have crowned her twice over. An icon of the format.